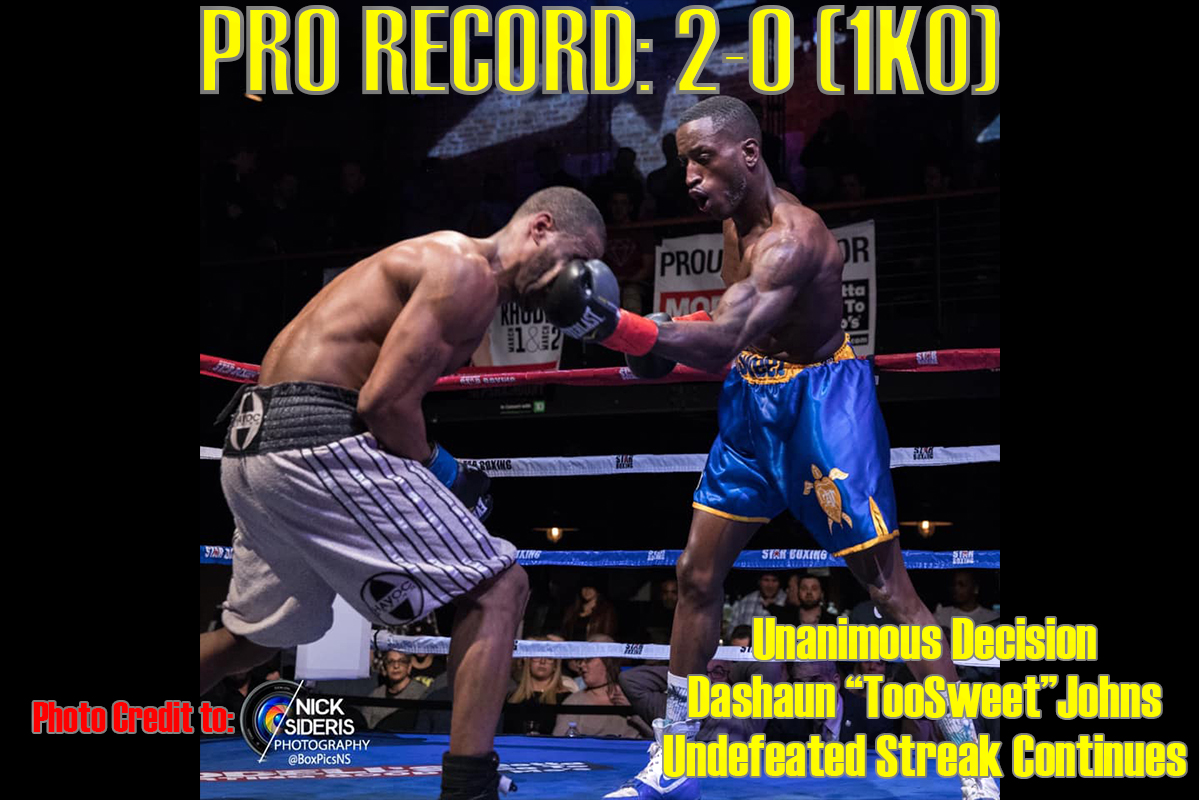 DASHAUN “TOOSWEEET” JOHNS (now 2-0 1KO) showed extreme fortitude in his bout against DERON “KING” LAWSON. Lawson came on strong in the first round, getting the best of Johns, causing the Bronx native to be on unsteady legs for most of the three minutes. However, to Johns credit, he resisted the onslaught, and managed to finish out the round. A clear game plan change from John’s corner heading into the second round paid major dividends, managing to out box Lawson (now 0-3) for the remainder of the four rounds to a win a tough unanimous decision. All three judges scored the fight the same, 39-37.

Read more by going to this article: http://www.15rounds.com/feb-22-rockin-fights-34-official-results/